This story was originally sent to thousands of professionals just like you in this morning’s IoT INSIDER daily newsletter.  Don’t be left in the dark while your competition gets ahead each morning. 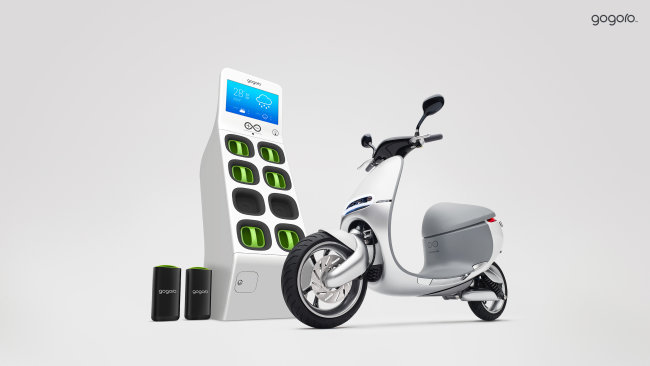 (Gogoro)
Connected cars are getting a great deal of attention right now, as they offer the chance to transform transportation in Western countries where cars and trucks dominate road traffic. In Asia’s dense mega-cities though, it’s gas-powered scooters, not cars, that rule the road.

Taiwan-based Gogoro is trying to connect those vehicles while also driving down energy consumption in those heavily polluted megalopolises with its electric Smartscooter. Gogoro announced yesterday that it would start taking orders on for its Smartscooters – priced at $4,100 – in Taiwan later this month.

Finding this article interesting? Thousands of professionals just like you had it in their inbox first. Stay ahead of the curve and gain a comprehensive understanding of the latest news & trends, start your day with the IoT INSIDER.

Gogoro’s scooters include 30 sensors that send diagnostic information to owners’ smartphones via Gogoro’s app and are powered by two 20-pound batteries. When the batteries run low, they can be swapped out at Gogoro’s smart recharging stations for fully charged batteries. Gogoro plans to place networks of its charging stations throughout cities in Asia. It already has 32 in Taipei, Taiwan’s capital city, as part of the pilot it’s running there. It plans to increase that number to 150 by the end of the year. The Smartscooter can travel 62 miles at 60mph on a pair of fully charged batteries.

Gogoro will need the infrastructure of battery-swap stations in place to expand to new cities. The Smartscooter is also more expensive than gas-powered alternatives, but the company says that over the first two years of ownership the electric Smartscooter costs less than some gas-powered models.

Replacing the millions of gas-powered scooters on the streets of Asia’s biggest cities with electric ones would help alleviate the air pollution problems in many of those cities.

Here are other stories you need to know from today’s IoT INSIDER:

Don’t miss another day of breaking developments! Stay ahead of the curve and gain insight into the latest news & trends. Join thousands of other professionals who start the day with IoT INSIDER.