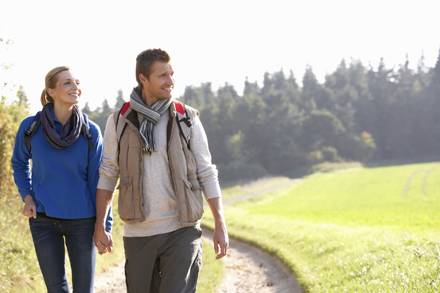 Do you want 2013 to be the best it can be? Of course you do! It’s not as hard as you might think. Here’s some simple steps you can take to make sure this is your best year yet.

Before you do anything else, it might be a good idea to start the year with a clean slate by detoxing. It’s likely you over-indulged throughout Christmas and New Year, so consider cutting back on alcohol and unhealthy foods in January. There are even certain foods you can add to your diet to speed up the detox process, including lemons, which are packed full of antioxidants such as vitamin C, and ginger, which improves digestion.

Are you currently living a hectic life? Living in the moment can be exciting, but take it too far and you’ll start forgetting family birthdays, missing appointments, and running out of food in the house. Adding a little order and organization into your life can go a long way, and you’ll soon find yourself becoming far more efficient. This will give you the freedom to relax, knowing that everything in your life is under control.

One problem with the majority of New Year’s resolutions is that they’re too ambitious. As much as you’d like to, you’re probably not going to lose twenty pounds by the end of January, and that’s okay. If you set daunting targets for yourself, you’ll just end up depressed when you don’t meet them. Instead, focus on small, achievable changes. You’ll have a far better chance of succeeding, and they’ll soon add up to contribute to more major improvements.

Get out of the house

Everything would be a lot simpler if you could sit at home all day and let good things come to you, but sadly that’s not how life works. If you want to have a good year, you’re going to have to get out there and make it happen. Whether it’s starting a new hobby, taking a class, or simply going out for food once a week, getting out of the house will help you meet new people, try new things, and generally have a more fulfilling year.

Vices; we’ve all got them, and we all want rid of them. However, trying to give up every single bad habit you have all at once is never going to end well. It’s far more realistic to pick one vice (preferably the worst one) and try to give it up. Make sure you tell as many people as possible that you’re trying to kick it, so that you’re accountable to someone other than just yourself if you slip up.

You’d be amazed how many people think they deserve a promotion at work but do absolutely nothing about it. If this sounds like you, it’s time to take action. Getting promoted is a great way of boosting your happiness and making your time at work more fulfilling. Confidently make your boss aware that you are interested in taking on more responsibilities, and outline why you’d be well suited to the role. Remember – if you don’t ask, you don’t get.

If you’re perfectly comfortable spending time on your own then that’s fine. However, if you want to find love, there’s no time like the new year. During the next year try to socialise as much as possible, meeting plenty of new people along the way. If you have confidence issues, try to remember that other people are probably just as nervous as you and will be flattered that somebody new has made the effort to talk to them.

Get on top of your finances

Money troubles can cause a serious downer on your whole year. Around 80 per cent of people regularly worry about money in their day to day lives, which can lead to stress and even more severe health problems. Saving money is easier said than done, but you can make a good start by drawing up a budget in January for the year ahead. It’s also wise to identify areas where you can cut back on expenditure, or find cheaper alternatives.

One of the most effective steps towards improving your year doesn’t even require lifting a finger. Approaching every situation with a ‘glass half full’ mentality will go a long way towards improving your year, and it’s something absolutely everybody can do. Happiness and optimism aside, it’s even been proven that thinking positively can have tangible health benefits, including reductions in stress levels and improved cardiovascular health.

Learn from your mistakes

We hate to break this to you, but you will make mistakes next year. They might be trivial, or they might be life changing, but either way you will make them. Accepting this fact will make your life a whole lot easier. Rather than getting worked up over things you do wrong, ask yourself how they could have been avoided, and what you will do to prevent them in the future.